Used as a sweetener in foods and beverages for over 30 years, its safety record is well-established. It allows products to taste good, while reducing or replacing sugar in the diet. This can be beneficial to anyone aiming to lose weight, and also for the person with diabetes who needs to control blood sugar levels. It has many benefits in food processing because it tastes like sugar, but unlike sugar does not promote tooth decay or provide calories. Aspartame has other properties as well. For instance, in sugar free chewing gum, aspartame helps enhance the flavors and helps retain sweetness longer than sugar-sweetened gum.

In our first Aspartame Myth series myths about aspartame and cancer, diabetes, obesity and heart health were discussed. Sadly, the misinformation continues with myths associating the sweetener with cognitive and behavioral issues. These issues are challenging to treat, and often have no known cause. There are many theories about the causes of autism, for instance, with little agreement thus far. Let’s take a look at additional myths and facts about aspartame.

FACTS: Fibromyalgia impacts over 4 million people in the United States. Defined as a condition that causes widespread pain, sleep disturbances, fatigue, and often emotional distress, individuals with fibromyalgia are often desperate for answers to help treat their condition. There is no known cause for the disorder, nor is there a single treatment. There is certainly no evidence that aspartame causes or can cure this disorder. Following a review of scientific literature, one publication reported on the observation  of two patients whose symptoms cleared with the exclusion of aspartame from their diet. This observation of the symptoms of only two people does not mean that aspartame causes fibromyalgia, nor that everyone with fibromyalgia will go into remission if they remove aspartame from their diet. Certainly, there are many people who do not consume aspartame at all but still suffer with this disorder. Upon further review, it is the aspartic acid that seems to be linked. However, it should be noted aspartic acid is naturally occurring in many foods, including soy protein, egg whites, asparagus, fish and other meats. Those suffering with the symptoms of fibromyalgia should have a complete evaluation from a medical doctor for the best treatment plan.

FACTS: There are no studies linking aspartame as a cause of Autism Spectrum Disorder (ASD), a broad disorder with many symptoms that vary across the spectrum. Treatment includes individualized behavior therapy and medication regimens. Nutrition research in this area is still emerging and, while there is some speculation that diet is an important aspect of treatment, there is a focus on individualizing treatment and assessing overall diet and nutrition status in those with autism; not pinpointing one food or ingredient. Some people on the spectrum commonly report gastrointestinal issues (bloating, constipation, diarrhea, heartburn), which can be treated on an individual basis. Some may report being sensitive to casein or gluten (both proteins) but there are no strong scientific trials that report a link between these proteins and autism. Further, there is no one dietary therapy for autism spectrum disorder. An evaluation, from a registered dietitian nutritionist (RDN) who specializes in diet and autism, can help guide patients to choosing the best meal planning strategies.

FACTS: As with the symptoms of fibromyalgia, there’s no evidence that those who consume aspartame have more incidence of headaches than those who do not. Headaches can be unpredictable and triggers are difficult to pinpoint. One double-blind trial examined the prevalence of headaches in those who reported headaches after consuming aspartate. Subjects were divided into two groups, where one group was given aspartame and the other a placebo. No significant difference in the occurrence of headaches between the groups (45% with placebo, 35% with aspartame) was found. Self-reported intolerance to aspartame cannot conclude that aspartame causes the reported symptoms, especially when studies with a placebo comparison group are considered. If you have patients that feel that a food or beverage with aspartame may be triggering their headache, you can instruct them to keep a food/symptom journal. While there is likely no harm in removing potential triggers, there is no research indicating a direct causal relationship between headaches and the consumption of aspartame.

FACTS: Mood disorders are complex to both diagnose and treat. Diet can impact some risk for certain diseases, but there is no evidence that diet can reduce the risk of, nor treat, mental health disorders. While a healthy and balanced diet may help support other treatments received by a person suffering from mood disorders, there is no indication of a direct link to any particular foods or ingredients. A study examining aspartame-sensitive and non-sensitive participants reported that the aspartame-sensitive group differed psychologically at baseline in handling feelings and perceived stress. This finding highlights the complexity of mood disorders and self-reported symptoms, making it difficult to draw broad conclusions. Another double blind study examined ten people with no reported intolerance to aspartame and found no increased incidence of headache, cognitive changes, or memory. The European Food Safety Authority also concluded that aspartame does not impact mood in adults or children.

FACTS: There has been some success with seizure reduction by implementing a therapeutic ketogenic diet to those suffering with epilepsy. This diet should be monitored by a doctor and a registered dietitian. There is no research indicating that aspartame causes seizures. One study examined 18 individuals with seizure disorder who reported a correlation to aspartame intake. Participants were admitted into epilepsy monitoring units where their EEG was monitored continuously for 5 days. All meals were monitored and subjects were given either aspartame or an identically-packaged placebo. While mean plasma phenylalanine was higher in the aspartame group, individuals in this group were no more likely to have a seizure than those in the placebo group. 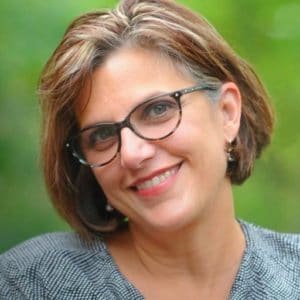 Rosanne Rust MS, RDN, LDN is a registered, licensed dietitian-nutritionist with over 25 years experience. Rosanne is a paid contributor to the Calorie Control Council. As a Nutrition Communications Consultant  she delivers clear messages helping you understand the science of nutrition so you can enjoy eating for better health. Rosanne is the co-author of several books, including DASH Diet For Dummies® and the The Glycemic Index Cookbook For Dummies®. A wife, and mother of 3 boys, she practices what she preaches, enjoying regular exercise, good food and festive entertaining. Follow her on Twitter @RustNutrition.